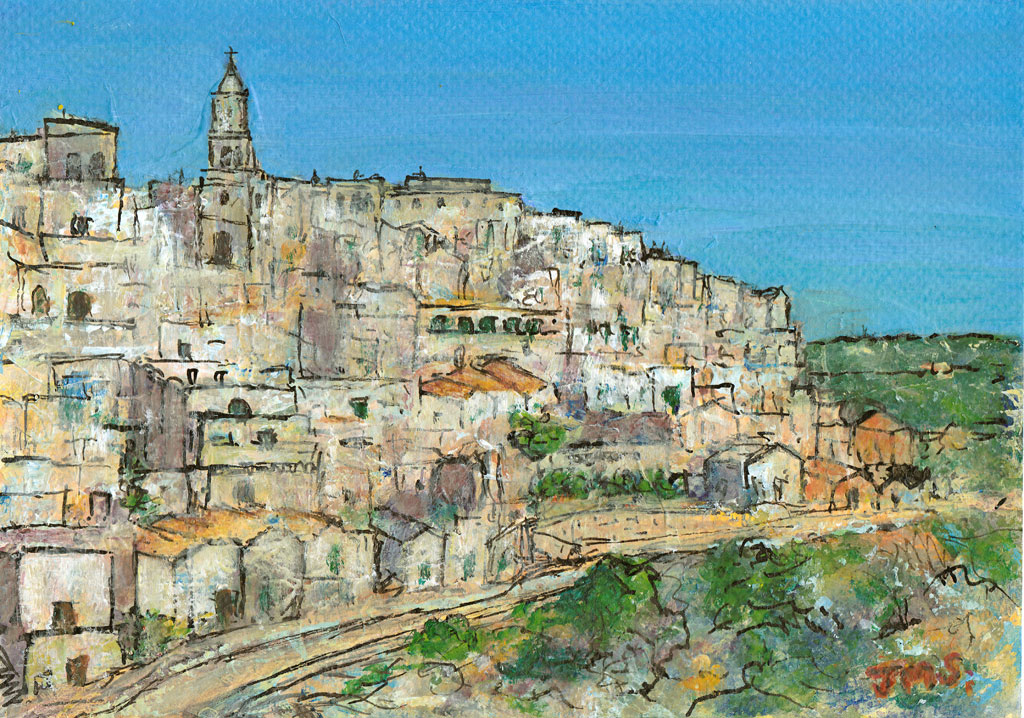 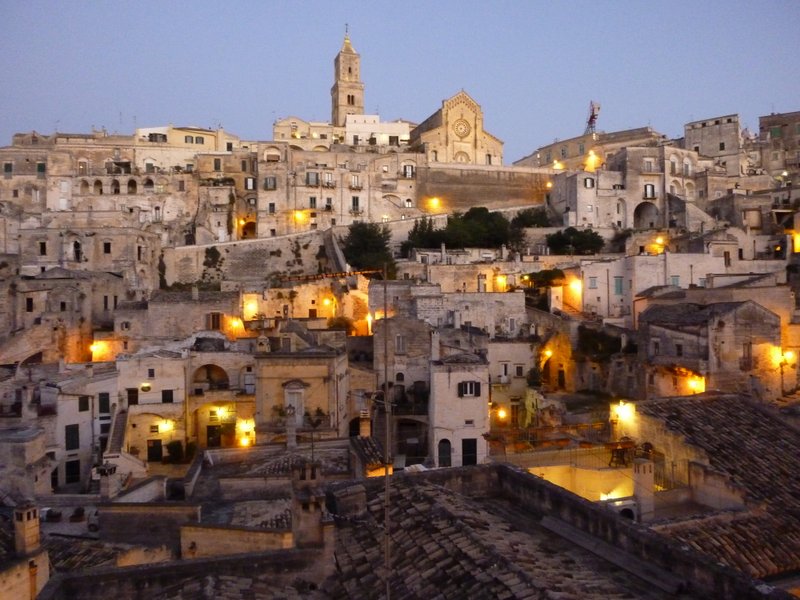 After scooting back and forth across Italy during the last few years, it was amazing to stumble across the unique old quarter of Matera.

The city of Matera is in the Basilicata region of Southern Italy and the Sassi area is a World Heritage site, but it still seems to be relatively unknown. Within the boundaries of a fairly modern city, Sassi di Matera (meaning stones of Matera) lies in two canyons which are crammed with ancient cave dwellings, carved into and projecting from the canyon walls. In fact, it is the most intact example of a troglodyte settlement in the Mediterranean area. Over the centuries these cave dwellings have been multiplying and continually used for housing, shops, and the sheltering of animals.

Until the 1980’s the Sassi di Matera was considered an area of terrible poverty, even after the 1950’s, when the government tried to relocate residents living there.  Although it now now been a little gentrified |(but not too much – the boutique hotels are rather scattered!), a wander through the laneways certainly gives you the feel of  ‘ancient living’. The area and its surrounds also has a large amount of rock churches. What better place to film Mel Gibson’s film ‘The Passion of Christ’! 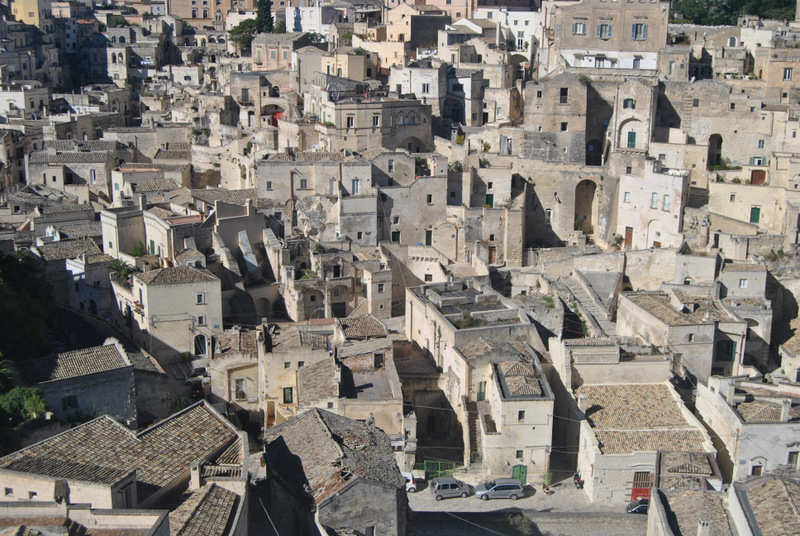 Looking down into the Sassi is quite an unbelievable sight, but it really was difficult to capture its essence in photos, mainly due to its size, the fact that its spread over two gorges, and also because you’re either looking down into it, or up out of it! With this painting though, I tried to concentrate on a small but fairly prominent area rising up one side, to portray the density and the monotone appearance.

If you would like to buy this painting, please click on this link to my Art Weekly Online Shop, or if you’d rather deal with me direct, please email me at jackie@jackiesherwood.com.